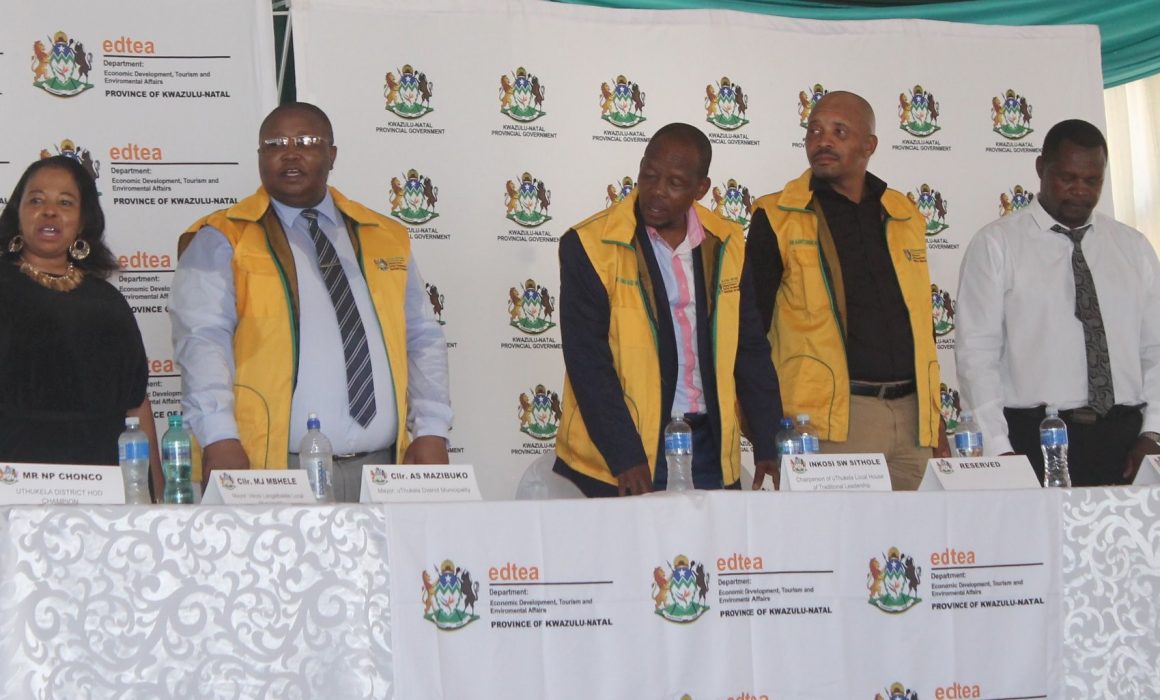 A special visit to the Inkosi Langalibalele Local Municipality by the Acting Premier of the KwaZulu Natal Province, MEC Nomsa Dube who is the MEC for Economic Development Tourism and Environmental Affairs in the province.

The 25th of November every year is set as a day in which MEC champions in their respective districts launches the 16 days of Activism for no violence against women and children. This programme was intertwined with a spend wisely campaign targeting consumers to refrain from a rush and a stampede caused by the black Friday fever. People were cautioned not to make uniformed decisions that will push them into debts through unplanned loans application caused by this shopping festivity taking place on the 29 November 2019.

The MEC Champion together with the local and the District leadership started by doing the spend wisely campaign talking to the community members at the were at Gourton shopping centre, two outlets were visited in which one of the store was discovered to be owned by the illegal foreign national. Expired product dating from March 2011 were condemned and shop was closed immediately and illegal immigrants were taken to custody. The next stop saw a special visit to the Injesuthi Clinic to check the state of the clinic and listen to the issues that they have at the Clinic.

The second session of this programme was held at the main marquee at the Injisuthi sports ground where the Leadership addressed scores of community members who were attending the Launch, Mr Sboniso Mtshali the MPL in the KZN Legislature addressed the people on behalf of the MEC Champion, Nomusa Dube Ncube. He was quoted as saying. The staging of this campaign is done simply because the problem of violence against women and children continues in society almost every day, our streets and other public spaces have become unsafe for women and children, and have also become hunting grounds for human trafficking criminals and drug peddlers. He urged Communities to remain alert to abuse and violence against women and children during this period.

The Mayor of Inkosi Langalibalele Cllr J.M Mbhele thanked the MEC for Economic Development Tourism and Environmental Affairs, for Choosing the Inkosi Langalibalele for this Launch, and also added that the campaign that was launched that today was aimed at raising awareness around the rights of women and girls, but also at changing the attitudes of men and boys. Say no Violence against women and children.